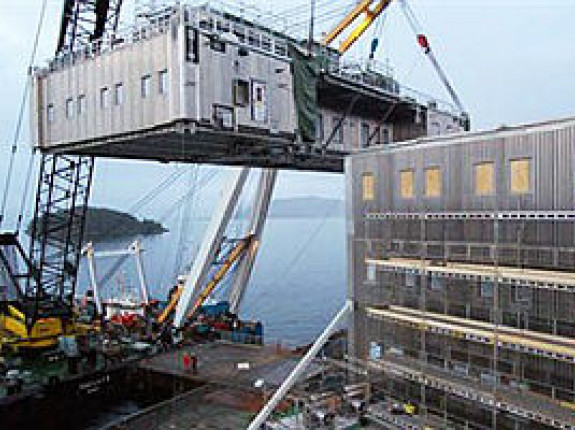 The living quarter of Lundin's new Edvard Grieg Platform (formerly Luno), is now standing in full size, excluding the helideck, on the Apply Leirvik quay with its approximate weight of 1200 tonnes and about 25 meters in height.
The Edvard Grieg field is an oil field located in the North Sea. First production is expected in late 2015, with a forecast gross peak production of approximately 90 000 barrels of oil per day (bopd). The oil will be processed and transported in a new pipeline to the Grane area and further via the Grane oil pipeline to the Sture terminal for offloading.